One of the huge highlights of doing your professional training at XTC is the ability to regularly dive with Manatees. Manatees are incredibly special and very inquisitive; we love seeing them and literally never get tired of their amazing personalities. We regularly have them “crashing” our open water presentations and we’ve even had one try to steal our lift bag before now!!

Here are some amazing facts about our awesome friends…

CONSERVATION STATUS: The West Indian Manatees are on the ICUN list as vulnerable, however the two subspecies Florida and Antillean are classed as endangered. Their numbers are in decline for many reasons including boat collisions, hunting, habitat loss, high perinatal mortality and red tide.

HABITAT & RANGE: West Indian Manatees range along the North American East coast from Florida to Brazil. Florida Manatees inhabit the most northern limit of sirenian habitats. The Antillean Manatee is sparsely distributed throughout the Caribbean and the northwestern Atlantic Ocean, from Mexico, east to the Greater Antilles, and south to Brazil. Populations can also be found in other parts of the Caribbean. 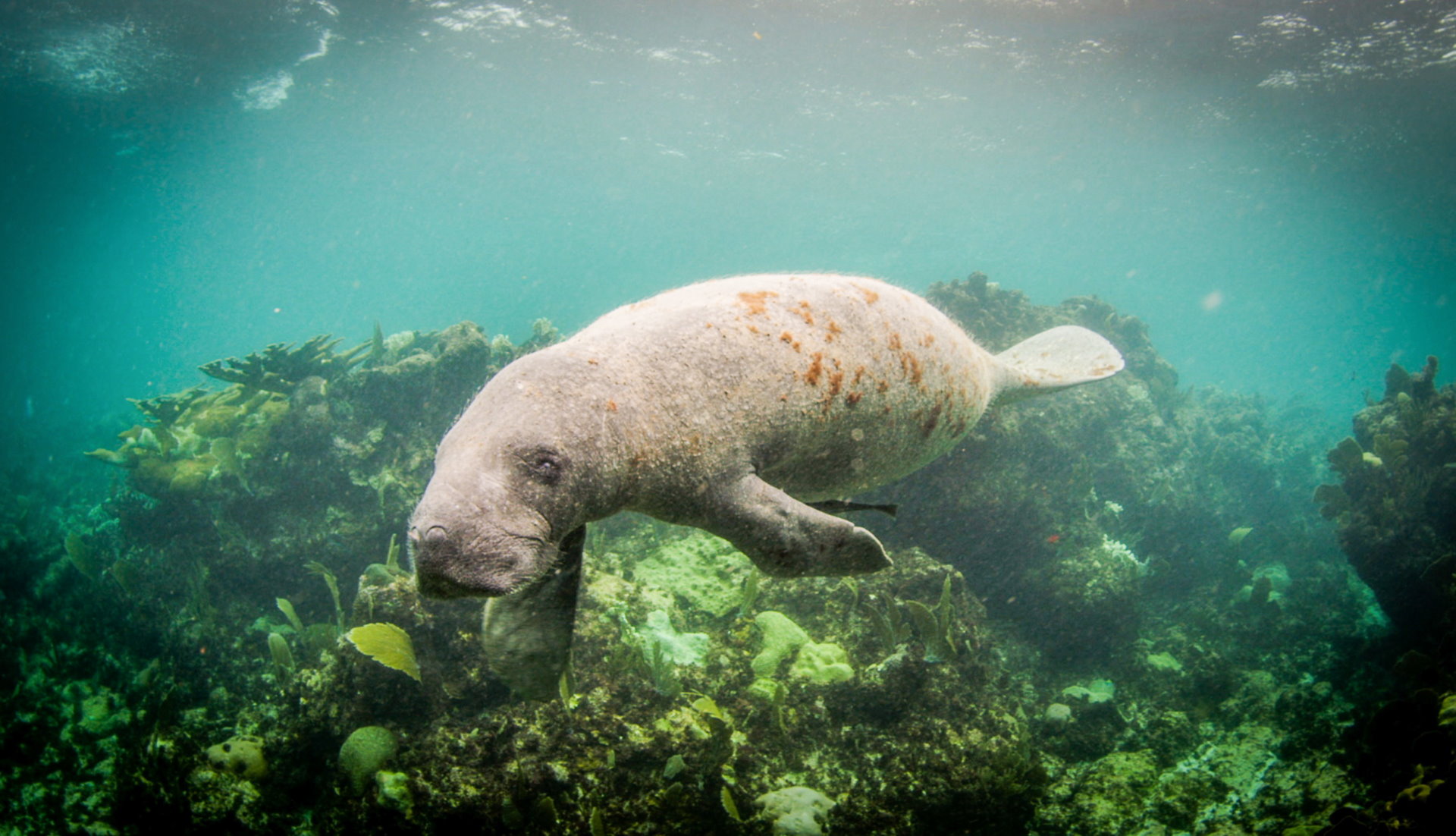 Manatees’ extremely low metabolic rate and lack of a thick layer of insulating body fat limits them to locations with warm waters, including tropical regions. Temperatures below roughly 20*C (68*F) increase their risk of cold-induced stress or mortality. In the warm waters of Xcalak we find them on several different dive sites, generally in the sandy areas or around the shallow reefs.

DIET: They are herbivores and eat around 60 different species of aquatic plants in their diet, including a lot of seagrass. Due to their size they need to consume around 4-10% of their body weight daily and so spend around 4-5 hours per day grazing. Manatees are nonruminants that have a large hindgut which allows them to efficiently extract cellulose from their diet. The size of their gut means that digestion takes around 7 days and there are ideas that the slow fermentation of their food produces additional heat.

BREEDING: Males reach sexual maturity at 3-4yrs old whilst females can take a little longer at 3-5yrs old. Breeding occurs in ephemeral mating herds, where several males aggregate around an estrous female and compete for access to her. The gestation period is 12–14 months, after which they give birth to one calf at a time, or rarely twins. Manatees are born underwater and mothers must help their calves to the surface so that they can take their first breath, but the infants can typically swim on their own only an hour later. When a calf is born, it usually weighs 60–70lbs (27–32kg) and is 4–4.5ft (1.2–1.4m) long.  Manatees do not form permanent pair bonds and the male contributes no parental care to the calf, which remains with the mother for up to two years prior to weaning. A single female can reproduce once every 2–3 years until she is around 30yrs old.

How Should I Prepare for my IDC?
Previous Article